“In this desolate region there are no people and you will not find a place to rest, not even a place the size of a prairie-dog dropping. So to make the journey a little more pleasant, I propose two solutions. Either you, who are a living being, tell me a story, or I, who am a dead being, will tell you one.”

––Tenzin Wangmo, translated by Sherab Chödzin Kohn. The Prince and the Zombie: Tibetan Tales of Karma. Boston and London: Shambhala, 2014. 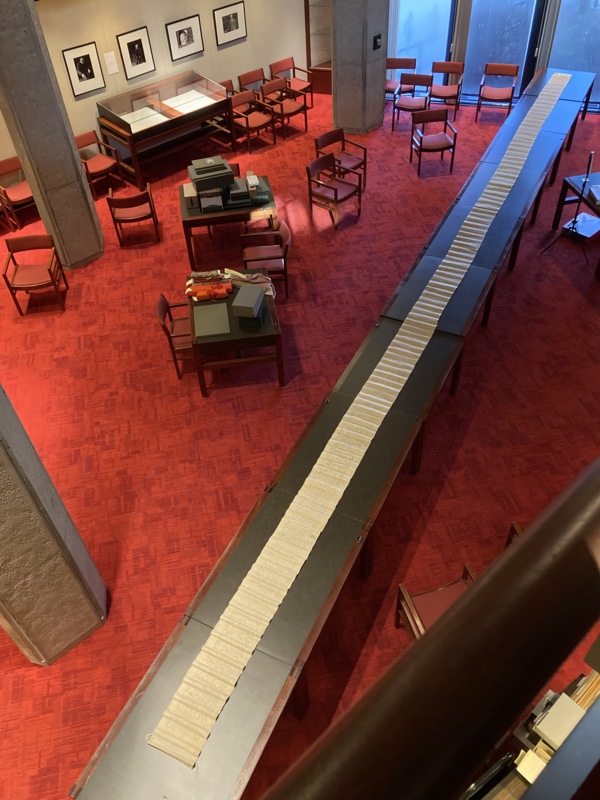 How long can you stay silent when a corpse tells you a story?

This very long scroll contains a collection of more than 34 Tibetan corpse stories known as Ro dngos grub, or Ro sgrun. Based on the same tradition as the Sanskrit Vetala Tales in India, it begins with a challenge: the sage Nagarjuna (150–250CE) assigns Prince Gautamiputra the task of bringing him a corpse named Ro Ngodruk from a cemetery in the mountains. There is a magical condition: to succeed in his task, the prince must not say a word to the corpse, or it will escape. On the long journey to Nagarjuna’s cave, the corpse begins to tell the story of a girl who exchanges pleasure for pain. The story absorbs Prince Gautamiputra, prompting him to speak––and as soon as he utters a word, the corpse runs away. The prince catches the corpse again and again, and each time the corpse tells him a fresh story, forcing him to speak in response, and begin the hunt again.

Ro sgrun was one of the most popular secular Buddhist literatures in Tibet. The stories were transcribed in hand-written manuscripts like this one, and most commonly, in dbu med form, a "headless" style of the script used for shorthand manuscripts. For hundreds of years, these texts have been read, memorized, and their stories transmitted orally to many parts of Tibet. Among many other lessons, they speak to a universal urge to discuss stories we become invested in. 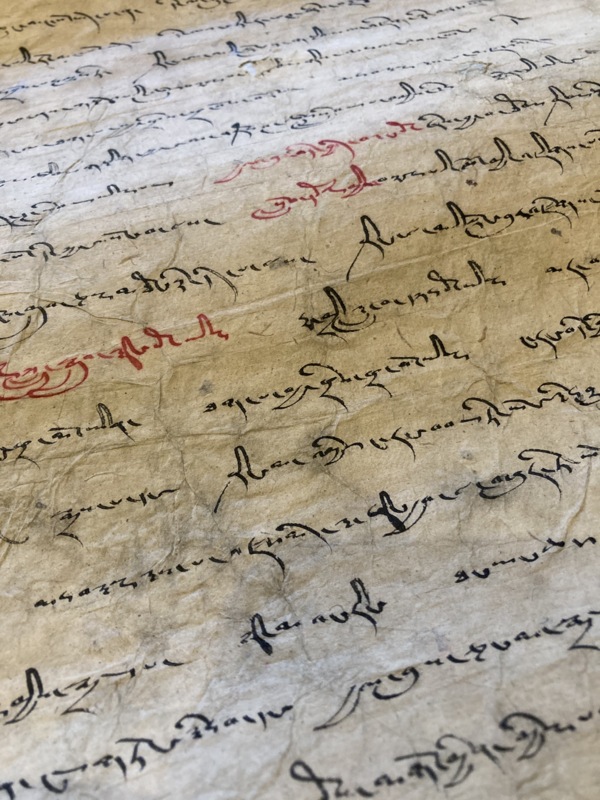 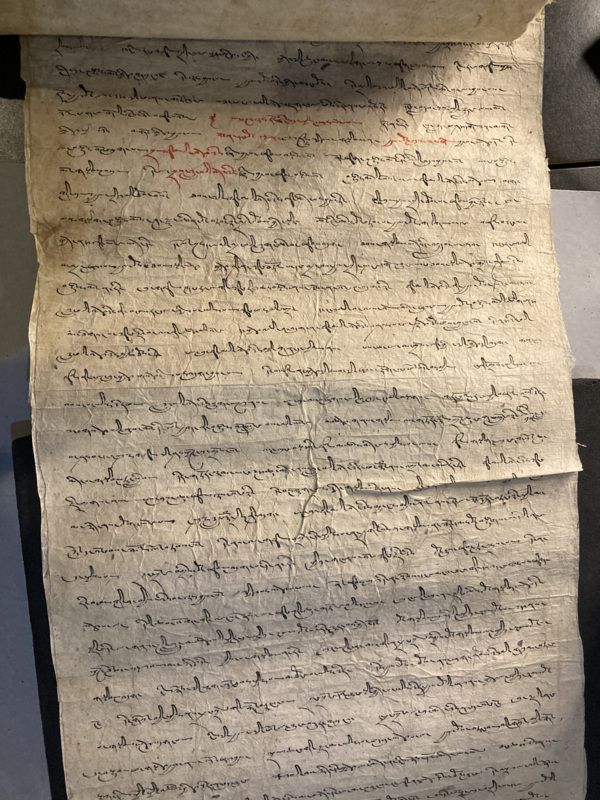